Ecology made in Germany

Modern companies are looking for opportunities to actively offset the ecological effects and consequences of their business activities. At the same time, expectations for the quality and transparency of this compensation are increasing. HeimatERBE stands by them and accompanies them through every step of this journey with individually tailored compensation services. 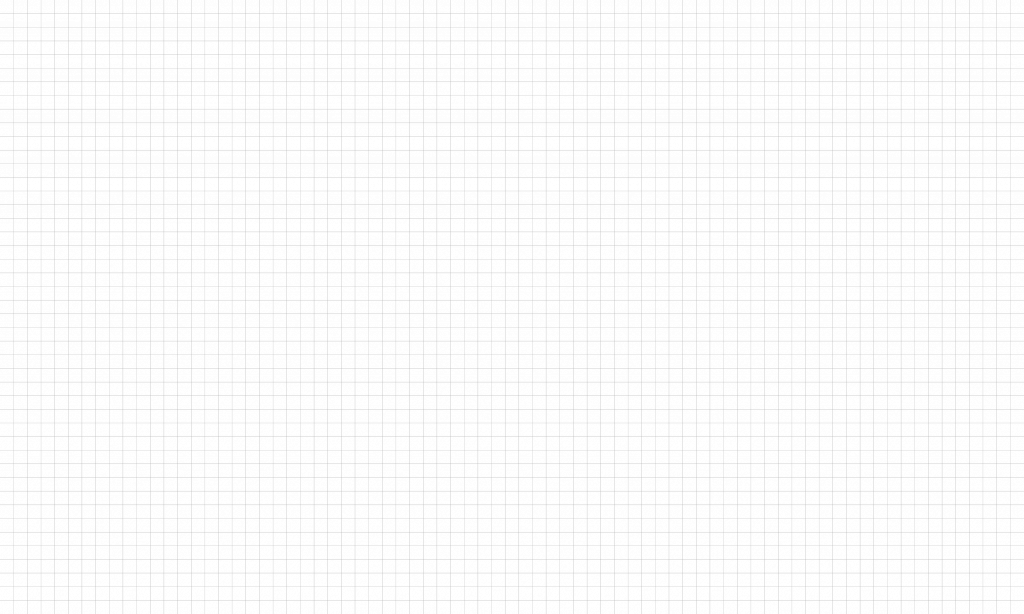 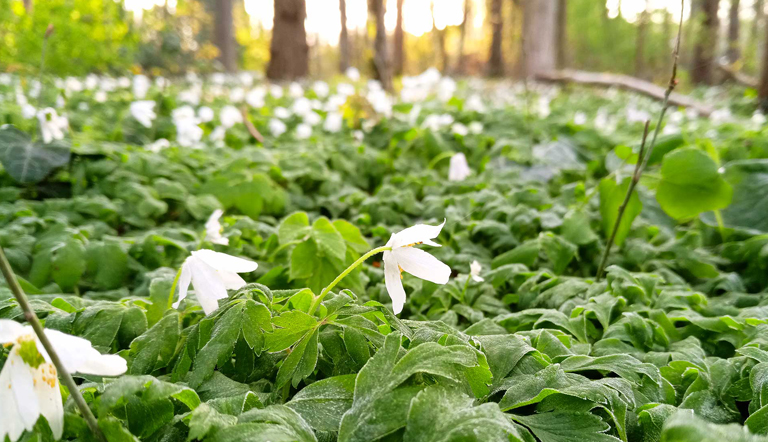 HeimatERBE creates this environmental value by giving preferably degraded areas in Germany—especially from mining and industrial use—new ecological value: Over many decades, we develop HeimatERBE sites according to the best possible nature conservation standards and then release them into the future, healthy and healed.

In cooperation with the Technical University of Berlin, the Technical University of Braunschweig, with our geologists, ecologists, landscape planners and forestry engineers, and according to standards that we have defined in cooperation with the ifeu, Institute for Energy and Environmental Research (Heidelberg), we have developed holistic methods to make ecological added value measurable with precision. In this way, it can be used as a “credit” to offset environmental costs in the life cycle assessment. Environmental value thus serves to compensate for the impacts of products and services for transparent environmental neutrality.

The principle of the life cycle assessment (LCA) of products and services and its detailed description have existed for some time. A holistic analysis of products, services and even organizations goes far beyond the familiar CO2 or climate balance sheet: it fully records the consumption of resources, the production and transport requirements, the use phase (whenever possible), and, at the end, any necessary disposal.

Life cycle assessment is the beginning of a sustainable process and is carried out in the HeimatERBE context according to recognized standards (DIN ISO) by independent institutes & service providers.

As an independent partner of HeimatERBE, greenzero.me can support you in all questions concerning life cycle assessment.

HeimatERBE compares the ecological value of a site today with a development plan that reaches far into the future and aims for the greatest possible increase in ecological quality.

This monetization of environmental costs and biotope values follows modern bioeconomic approaches of, among others, the Umweltbundesamt (German Federal Environmental Agency) and the German Federal Agency for Nature Conservation. It assigns a new ecological and economic value to the cultivated sites for future generations and makes them viable for our grandchildren.

Determining the value of an area

Example calculation: What happens to €1 that HeimatERBE converts into environmental value?

HeimatERBE products are subject to mandatory VAT, which represents around 16 cents of every euro of revenue.

Soil conditions, neophytes, climate and extreme weather events, pests or fires, as well as neighboring land and sites, for example industrial or agricultural sites, harbor risks for land development and cause damage. We carefully include these risks in the environmental value calculation to ensure that development goals are achieved even if risks materialize.

Soil conditions, neophytes, climate and extreme weather events, pests or fires, as well as neighboring land and sites, for example industrial or agricultural sites, harbor risks for land development and cause damage. We carefully include these risks in the environmental value calculation to ensure that development goals are achieved even if risks materialize.

After an area has been transformed, which usually takes several years, the individual biotopes are carefully monitored and maintained. This includes the grazing or mowing of open areas, pruning trees and hedges, watering when necessary, and ongoing monitoring, which unfortunately includes dealing with the recurring episodes of littering and vandalism.

We employ geologists, geotechnical engineers, hydrologists, biologists, landscape planners and forestry engineers for the appraisal, professional planning and close observation of the sites. Appropriate specialist firms are engaged for demolition and design work. In addition, we handle the commercial operations involved in organizing all of our processes, in product calculation that is transparent to every customer, and in the HeimatERBE cooperation with educational institutions, environmental associations, and local interest groups.

HeimatERBE sites are examined geologically, hydrologically and biologically prior to acquisition in order to identify contamination risks, soil and ecological conditions as well as each site’s potential. Subsequently, the legal, social and political conditions are evaluated in order to assess how land development is possible and what special consideration needs to be given to landscape planning and nature conservation. In addition, there are expenses for long-term monitoring of contaminated sites and, where possible, for water conservation.

HeimatERBE calculates the ecological added value according to nationally established methods such as the Federal Compensation Ordinance (Bundeskompensationsverordnung/BKompV). These standards allow us to optimize the impact of the money used. We don’t just plant trees, we create diverse habitats, combine this development specifically with species protection measures, and in parallel ensure appropriate and compatible recreational use. Areas that have been thrown out of ecological balance by industry and the dramatic effects of the climate crisis are thus transformed into valuable biotopes and habitats for people and nature.

Our concept consists of 4 steps:

Step 1: Basic planning—who, how, where, what?

We examine all ecological, legal and logistical conditions and determine the potentials and risks for our sites.

Based on the potentials and characteristics of the sites, specific development goals and measures are defined with the goal of permanently creating the greatest possible variety of habitats and ecological services.

Usage and maintenance measures, regular monitoring and documentation to maintain the development of the site 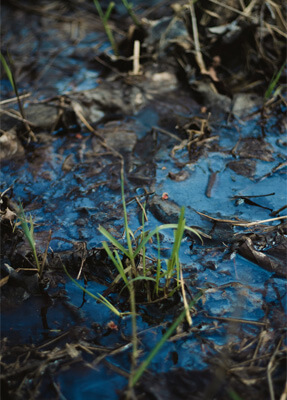 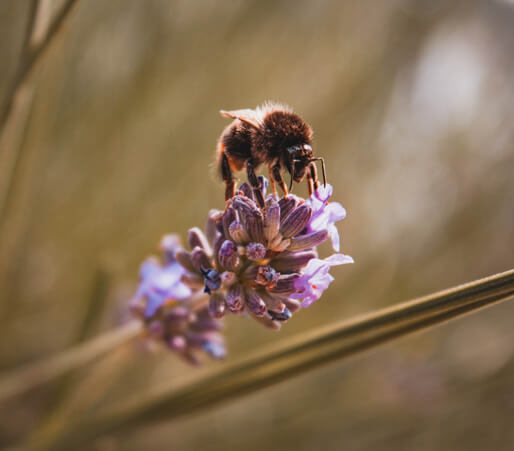 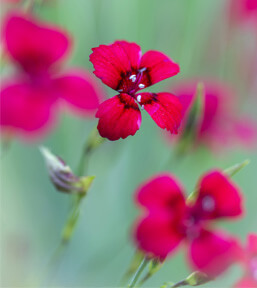 What differentiates you from other companies?

– Multidimensionality: We don’t just plant trees, we create diverse habitats. We care deeply about climate improvement as well as the preservation and promotion of biodiversity and, by extension, human health.

– Compensation on a voluntary basis beyond conventional (and legal) requirements.

– Assessment of ecological status according to comprehensive standards.

– Consideration and evaluation of substance-related problems.

– Reinvestment of 80% of the company’s profit into new site acquisitions.

– We are our own customer: HeimatERBE compensates for any environmental costs it generates with the goal of being an environmentally neutral company.

How do you guarantee the long-term preservation and maintenance of the sites?

We at HeimatERBE guarantee the long-term preservation of the sites and their diverse functions. The HeimatERBE experts plan not only the measures to prepare the sites, but also long-term care and maintenance measures such as mowing, grazing, de-silting, pruning and many more. Some of our biotopes, such as bodies of water, orchards and, above all, naturally converted forests, have long development periods anyway. So we care for our sites until they are fully mature biotopes and then place them in the hands of nature conservation foundations who ensure the continued preservation of our valuable sites.

So while they work to make their products and services environmentally friendly, we provide a comprehensive solution for the remaining offset needs.

Do you have your site development audited?

For the development period of the biotopes that take the longest time to fully emerge, we conduct our own detailed monitoring of the entire area at the biotope level. The focus is on area-specific and target-oriented development. Thus relevant biological and chemical as well as physical parameters are investigated, monitored and, if necessary, managed.

In addition, our work is coordinated with the responsible authorities and undergoes external quality checks.

In Germany, the Federal Mining Act (Bundesberggesetz/BBergG) obliges, among others, mining companies, but also states and municipalities to recultivate destroyed land areas through technical and biological measures. Are the areas in question areas that have to be recultivated—or is the recultivation of the areas specifically managed by HeimatERBE voluntarily?

HeimatERBE operates such sites as have a mining history (and were consequently under mining supervision), among others.

Within the framework of the respective final operating plan procedures and the associated release from mining supervision, these sites have been partially revegetated (for geological and geotechnical reasons) (a), but have predominantly not been revegetated (b).

1. Greening/planting is a matter of erosion control—as is often the case, for example, on mine waste dumps. Questions of biotope development and species protection have—at least so far—been irrelevant (we do not rule out the possibility that HeimatERBE will motivate legislation and the executive branch to be more demanding in recultivation measures here in the future). In these cases, the prospect of ecological development only arises through HeimatERBE and its partners.

2 As a rule, however, HeimatERBE sites have seen subsequent (industrial) uses after mining. With this subsequent use, the recultivation obligation of the former mine operators expired. A typical example of this is our Ewald 5 site (former ventilation site). A concrete plant, a cement factory, a poultry farm and construction logistics (disposal area) were operated there partly in parallel, but mainly after its use as a mine. Recultivation did not take place at any time. The condition of this site today reflects this.

Thus, no one is accountable or even responsible for making these sites viable for the future or, even better, for the future of our grandchildren. Their ecological and social revaluation is a remedial action, which HeimatERBE and its partners carry out voluntarily and in the service of present and future generations. Our plans foresee the ecological development of the sites for many decades to come, making them once again into productive future ecosystems for us humans as well. If we do not do it, no one will do it for the sites we have acquired.

This may also interest you

Learn all about our current and planned projects.

Get to know the people and history behind HeimatERBE.

News from and about HeimatERBE.

Get in touch with us